Somewhere in the uppermost floors of the Hilton Hotel in the capital city of Costricana, the legendary space pilot Ijon Tichy has a sneaking suspicion. Could it be that there is something in the air? Literally? Is the dictator having gases that bring happiness sprayed in order to keep the population’s growing discontent in check? Or is the chemical in the drinking water supply? Tichy actually wanted to attend the “8th World Futurological Congress”, focussing this time on overpopulation, which is becoming more and more extreme – but alas the fighting outside in front of the hotel has escalated so quickly and to such an extent that he and Professor Trottelreiner are forced to don oxygen masks and escape into the hotel sewer. However, they soon come to question where reality ends and pure illusion begins. And as if that wasn’t enough: soon Tichy finds out that there is a new form of government on the horizon – the chemocracy…
The famous novel by world-renowned science fiction author Stanislaw Lem as a magnificent journey through time and truth on the theatre stage – produced by the Krefeld-based artist collective sputnic, who previously caused a sensation in Dortmund with their live animation theatre piece “Die Möglichkeit einer Insel”.

You can find all the latest news regarding our new production here: 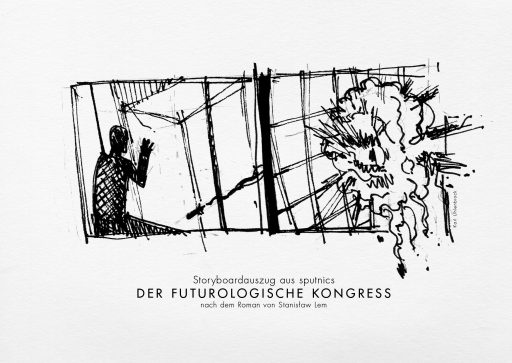 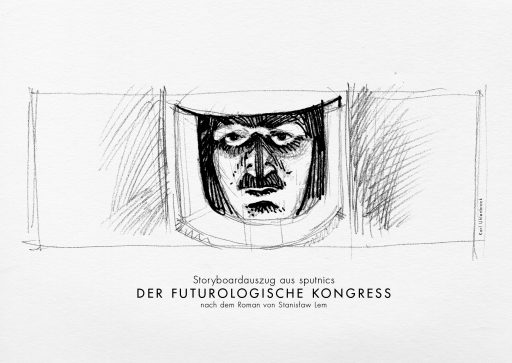 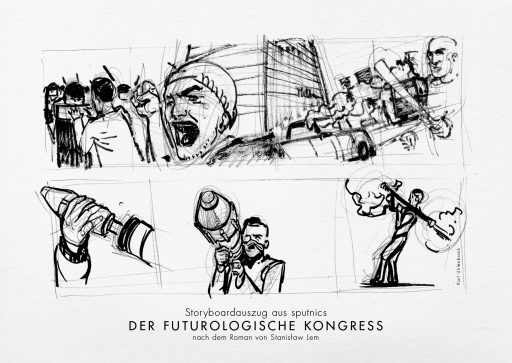